Wisconsin State Reps attend official State Qualifier tournaments to award Golden Ticket invites to the top two finishing teams at each grade and to answer any questions from coaches and families.  Please say "hello" when you see them!

Now Hiring! - Rep Bios to be posted here in October

Ryan Kelly
Ryan was born in Milwaukee, WI and has a double major in Marketing and Human Resources from the University of Milwaukee-Wisconsin. Ryan has 12 years of playing experience and has been a fan of all levels his entire life.  Outside of his role as a State Rep, Ryan is a marketing tech for the Milwaukee Brewers and he enjoys playing sports and traveling. Ryan is also an assistant high school baseball coach!

Tony Sofia
Tony was raised in Sheboygan, Wisconsin where he graduated from North High School and then completed his Associate's Degree at UW-Sheboygan. Tony completed his Bachelor's Degree in Physical Education from UW-Whitewater and then transitioned to Eastern Michigan University where he completed his Master's in Sport Management while enduring a 2 year Graduate Assistant spell. His basketball experience is based most extensively in officiating, as this will be year 6 of basketball refereeing, which he started at UW-Whitewater. Tony is currently a Direct Sales Representative for Spectrum, so if you ever need any internet services, let him know! He is a complete sports enthusiast and his favorite teams are Manchester United and the Pittsburgh Penguins.

Rashid Coombs
Rashid grew up in Houston, Texas. Where he played for Cy-Springs High School for 4 years. He played collegiate basketball at the University of Dallas and has now transferred to The University of Wisconsin-Eau Claire. He is in his fourth year of college and is pursuing a degree in Finance. Rashid enjoys taking photos and playing basketball every day. His favorite sports teams are the Celtics, Patriots, and Red Sox.

Travis Maciosek
Travis attended multiple schools throughout Wisconsin growing up and eventually attended UW Baraboo Sauk County, where he received his associate's degree and then continued at UW Oshkosh where he received his bachelor's degree. Also during his time at UW Oshkosh, Travis studied abroad in Spain for a summer. He has played basketball since the 4th grade and played through college and even after college in various leagues. Besides playing basketball, he has coached and trained players varying from grades kindergarten through college. Travis is also a life-long Milwaukee Bucks fan he enjoys watching all levels of basketball. He trains players and helps out occasionally with the UW Baraboo basketball team. Travis also enjoys landscaping, outdoor activities, and various types of volunteering. Currently Travis has two dogs and two cats with his girlfriend.

Jessica Braun
Jessica grew up in a small town west of Appleton participating in as many sports as she could. She loved competing against her siblings on the basketball court. She grew up playing basketball for many travel teams and eventually went on to play college basketball. After completing a degree in Exercise Science with a minor in Health, she coached at the high school level for a few years. She currently lives in South Central Wisconsin working with patients performing physical therapy. Outside of work, Jessica enjoys participating in outdoor activities and spending time with her family.

Leah Hand
Leah grew up between Green Bay and Appleton, WI where she was introduced to basketball at a young age.  By 3rd grade she was competitively competing in the sport, both full court and 3 on 3. She continued her athletic journey and played 5 years of AAU basketball in Green Bay.  Although she was the only senior on her Varsity Gils Basketball Team, she led their team to become Regional Champs, and helped bring their team to the Sectional Finals. She has recently graduated from the University of Wisconsin Eau Claire with a bachelor's degree in Business Administration, minoring in Kinesiology.  During her time at UWEC, she volunteered at a nearby hospital, participated in intramural basketball, and worked at an urgent care center.  She currently resides near central Wisconsin where she works in Inside Sales in the Agricultural/Dairy Industry.  In her free time she likes to travel, take hikes her with dog, participate in sporting events, and spend time with family and friends.

Emma Kimball
Emma was born and raised in Appleton, WI and she is currently attending Lakeland University as a Junior, working towards a degree in Business Administration with an emphasis in Finance. At the young age of 5, Emma began playing basketball with the ‘Little Dribblers’ at the YMCA and transitioned to playing club ball through the Appleton North Youth Basketball Program. She also played at a highly competitive level with several AAU teams. Fun fact her full name is Emma Louise Kimball aka ELK and in back-to-back years, she competed for the ELKS Hoop Shoot winning local, state, and competing at the regional level. Outside of work, Emma enjoys watching local and college basketball, as well as following her favorite NFL football team, the Seattle Seahawks. She also enjoys baking whenever she gets the chance, her favorite desserts to bake include cupcakes, French macarons, and raspberry pie.

James Allen
James comes from Milwaukee, Wisconsin and is the eldest of 11 siblings. James has a B.A. in Criminology & Law Studies from Marquette University and a Master's of Business Administration (MBA), and Master's of Science in Management (MSM) from Cardinal Stritch University.

He began playing organized basketball when he was in the eighth grade. Although baseball was his first love, he quickly came to love and appreciate the game of basketball. As a student athlete he played both soccer and basketball all 4 years for the Badger State Patriots. In his Senior Year he was among South Eastern Wisconsin’s top boys basketball scoring leaders which included the likes of Tony Romo!

Like any ambitious basketball player, he had hopes of playing at the collegiate level. However, an unfortunate accident prevented him from pursuing those ambitions. Years of Osgood-Schlatter Disease and a tibial plateau fracture caused him to rethink his future. To give back to the community and stay close to the game he loves, he’s been able to be involved with basketball through coaching. He’s coached for the Greenfield Girls Basketball Club, Wisconsin Shooters AAU Club and currently, Wisconsin Focus Basketball Club.

Currently, James is a North American sales rep for Waves Audio. Some of his hobbies include cycling, DJing, recording and making music, spending time with his family and traveling. One fun fact about James is he’s the batting practice DJ for the Milwaukee Brewers.

Bennet Schmitz
Bennet graduated High School in Cashton, WI and then graduated from Rochester Community and Technical College in Minnesota with a degree in Sports Management. He played basketball in high school and has always enjoyed watching as many college games as possible. Outside of being a State Rep, he is an Assistant Football and Assistant Track Coach at Greenfield High School. When he is not working, he enjoys watching sports and rooting for the Brewers. In the summer he spends time at his family cabin in northern Wisconsin and also loves visiting different national parks around the country.

Tori Salaba
Tori grew up in a small town in Minnesota, about 45 minutes south of the Twin Cities. She attended St. Olaf College where she played lacrosse and sang in choir. She graduated with a degree in Kinesiology and is now in the doctor of physical therapy program at the University of Wisconsin-Madison. Tori started playing basketball at a young age and continued throughout high school. She also began coaching when she was a sophomore in college, where she has coached 8h grade and high school level. This year, she is the assistant varsity coach at Madison Country Day School and she enjoys watching basketball and loves to play pick-up. Outside of her role as a state rep, she loves being outside, watching and playing sports with friends, listening to music and going to her cabin. Tori also loves spending time with her husky puppy, Aspen.

Ian Tuck
Ian was born in Elkhorn, Wisconsin and attended UW-Milwaukee. He graduated in 2022 with a degree in Journalism, Advertising and Media Studies and a minor in Film Studies. Ian played basketball from the time he was about 8 years old and continued to play in college in intramurals and recreational leagues. As a fan, his best moments were spent at the Fiserv Forum for game 6 of the NBA finals and watching the Bucks win. He is also a UNC basketball fan, so watching them beat Coach K at home in the Final Four is also one of his favorite moments. Outside of basketball, Ian is a restaurant server at Gordy's in Fontana, Wisconsin and also a tennis coach at Elkhorn Area High School. His hobbies include, playing tennis and going to the movies. 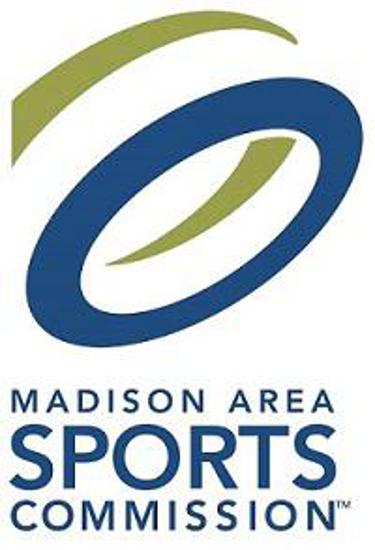