Dennis Blakley
Dennis was raised an Oregonian and spent his youth between Salem and Eugene.  He graduated from Sprague High School in Salem and went on to get his bachelor’s degree at the University of Oregon.  Born in Eugene, he was destined to be a Duck as his father and older brothers all attended the U of O.
Dennis works in Business Development for Global Display Digital in Portland, OR and teaches a speed and agility course for athletes.  One of his passions is to educate and help improve athletes of all ages to improve their athletic self and education awareness. He can be found training himself outside on synthetic field turf, in the weight room, and spending time with his family and friends.  He loves the game of basketball and how it can build strong character in those who play and also coach the game.

Niki Umbenhower
Niki played volleyball, basketball and softball and Clackamas Community College. After getting married and starting a family with her high school sweetheart, her children followed in her footsteps as standout athletes, achieving first-team All-Leauge/All State in basketball during their high school careers.
Niki is working on a book about her late Instagram famous dog, White Eyed Rowdy, who was an ambassador for the skin disorder Vitiligo. White Eyed Rowdy was highlighted on ESPN’s “Top 10 Plays of The Day”, Dr. Oz, The View, Inside Edition, the Hallmark Channel and featured in countless articles about how he changed the lives of children and adults who live with this skin condition.
Outside of her State Rep activities, Niki works in the Cancer Service Line at Kaiser Permanente. She is an active supporter of several non-profits that advocate for cancer research, and is proud to take part in finding the cure for the disease.

Julie Rosenow
Julie resides in Portland and is an Oregon native. She has several years’ experience coaching youth sports and running various tournaments for all levels of competition. Outside of her State Rep activities, Julie works as a Project Manager and enjoys playing and watching basketball in her spare time.

Stephen Machado
Stephen was born in Lubbock, Texas but grew up in Pendleton, Oregon for most of his life. He graduated from high school in 2017 and then proceeded to graduate with a degree in Biology in hopes to attend medical school and become a physician.  Stephen began playing basketball in 7th grade and fell in love with the sport. He played all 4 years of high school and his senior year Stephen and his team took 4th place in the 5A OSAA tournament. Outside his role as a State Rep, he enjoy playing video games, pickup basketball games and bowling.

Wilhelm Nesterovich
Wilhelm was born in Europe but grew up in Oregon and spent most of his youth in the Salem area where he first fell in love with the sport of basketball. He graduated from McKay High School in Salem and went on to study BioChemistry, earning a degree at Oregon State University in 2018. Outside of his State Rep duties, he works for a biotech company in the regenerative medicine space that helps patients utilize their own stem cells to heal faster after surgery and tutor high school students in science subjects. In his free time, he enjoys skiing, surfing and hanging out with friends, family and his four dogs.

Connor Darby
Connor has been an Oregonian all of his life, living in Gresham. He graduated from Centennial High School in 2021. He now attends Linfield University and is pursuing a Bachelor of Science degree in Sports Management. Connor has loved basketball all of his life and started playing in the first grade and has watched the NBA since second grade and fell in love with the Blazers. Connor was recruited to play football in college and is just a big sports guy, with football and basketball being the top two, but also loves baseball and soccer. He coached Centennial's Middle School football team this past fall and loves the way people can connect through sports.

Amer Muhareb
Amer has lived in Oregon his entire life, mainly in the Beaverton area. Around the age of 12 he attended his first Trail Blazers game and was instantly hooked on basketball. Watching NBA games nearly every day and playing pickup basketball with his brother and friends whenever they could. Currently Amer works as a free lance Graphic Designer outside of his role as a State Rep. In his free time he enjoys baking, cooking, snowboarding and spending time with his two cats and his friends and family.

Mario Pablo
Mario was born and raised in Portland, OR and graduated from Benson Polytechnic High School and then went on to graduate from Western Oregon University with a bachelor's degree in Criminal Justice. Mario grew up playing basketball until high school and then stayed close to the game by officiating and playing in recreational leagues. Outside of his role as a State Rep, he is a Case Manager for recently released inmates that are integrating into society. He has a huge passion for playing golf, snowboarding and attending Blazer games. 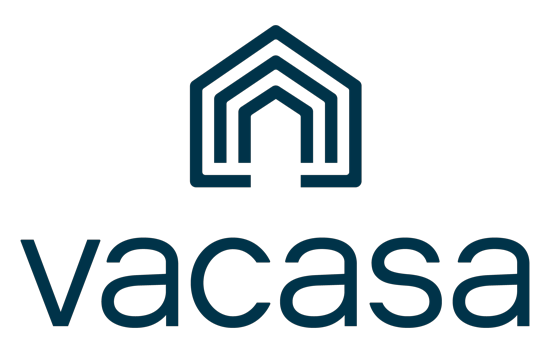