Ohio State Reps attend official State Qualifier tournaments to award Golden Ticket invites to the top two finishing teams at each grade and to answer any questions from coaches and families.  Please say "hello" when you see them!

Tanner German
Tanner grew up in Crooksville, Ohio and was a four-sport athlete (basketball, football, baseball and track). He continued his basketball career at Otterbein University, where he earned his degree in athletic training. Currently, he is working towards at Doctorate in Physical Therapy at Ohio University. Outside of school, Tanner is the Assistant Coach of the Varsity Basketball Team at Crooksville High School. He looks forward to sharing his love for basketball as a Rep for State Basketball Championship.

Kameron Johnson
Kameron was born and raised in Cincinnati, OH. He was a two-sport athlete in both Basketball and Track and Field at Walnut Hills High School, and played AAU basketball for 6 years with the Cincinnati Lakers youth basketball organization. Kameron is currently a Junior at the University of Cincinnati studying Sport Administration. Outside of school, he works as a Recreation Program Leader with the Cincinnati Recreation Commission, and was previously a Marketing Intern for UC Athletics.  To this day, Kameron still has the same love and passion for basketball as he did during his youth. Kameron’s favorite basketball team is the Portland Trail Blazers, and he names Damian Lillard as his favorite player.

Justin Lee
Justin lives outside of Cleveland, OH. He graduated from the University of Akron with a BS in Organizational Supervision and Sports Management. Justin is a sports enthusiast and has worked for the Cleveland Browns, The Greater Cleveland Sports Commission, and The Columbus Crew. He currently works for AT&T and Cleveland State University.

Sam Stolly
Sam attended Lima Central Catholic High School,  where his basketball team won the first state championship in the history of Lima. He earned his Bachelor's degree at the University of Dayton, and obtained his Master's at Purdue-Fort Wayne, where he also coached for two years as a Graduate Assistant. Sam currently works as an advertising sales rep for Cox Media Group at WHIO Channel 7 in Dayton. He is a newly-wed with a dog who was featured on Good Morning America for reacting to The Lion King when Simba was looking for Mufasa. In his spare time, Sam loves watching sports, and recently got back into the hobby of sports card collecting.

Chaim Tillinghast
Chaim was born and raised in Cincinnati, and is currently a senior at the University of Cincinnati majoring in Sports Administration.  He has worked with the women’s final four along with various local YMCA youth sports. Chaim was a basketball fanatic and player through high school, and is an avid shoe collector.

Josiah Wade
Born and raised in northwest Ohio, Josiah started playing basketball at his local YMCA at the age of 8 and hasn’t stopped since.  Upon graduating high school in 1996, Josiah enrolled at Capital University to continue his basketball career.  2 years later he transferred to Otterbein College and in 2000 graduated with a bachelor’s degree in Broadcasting Communications. He was then hired as an audio/video producer with the Ohio Department of Natural Resources where he has maintained full-time employment for the past 20 years.  For over 20 years, Josiah has enjoyed volunteering as a basketball and football coach for a variety of youth organizations.  Josiah has had the privilege of coaching all four of his children in basketball and continues to enjoy watching them compete in multiple sports at the high school level.  When he’s not working, coaching, or attending one of his children’s games, Josiah enjoys nature and landscape photography, singing, and drone piloting.  Josiah currently resides near Dublin, Ohio with his wife Kimberly.

Raymond Yates
Ray lives in Akron and is the Boy's Varsity Assistant Basketball Coach at Akron North High School.  He ran track and played basketball at Firestone High School and currently shares his love for sports and knowledge with local youth sports programs.  In December 2018, Ray received his Bachelor's in Sports Administration from the University of Akron.

Bob Noss
Retiring after more than 34 years in college athletics, Bob spent 27 years as an assistant athletic director at Wright State University where he oversaw media operations that included event management, radio, TV, Hall of Fame and streaming for the division I program. Prior to his time at WSU, Noss worked at St. Louis University, Central Missouri and Southern Illinois.

Through the years, the St. Louis native has spent time on the sideline as he coached his sons' basketball and soccer teams as well as served as a volunteer for his church. Since retirement in 2019, Noss has worked for the Xenia youth sports program, Beavercreek City Schools and currently is employed at Sinclair College. He earned his bachelor's degree at Maryville University and master's degree at Wright State.

Max Lewton
Max graduated from Bowling Green State University with Cum Laude honors. He has a degree in Sports Management with a minor in Journalism. Max was born and raised in the Cleveland area and attended North Royalton High School before attending BSU. He started playing basketball when he was in elementary school and continued on through AAU, high school and college intramurals. In high school, Max helped run and coach the youth basketball camp that was held each year and coached some 5v5 and 3v3 teams. Basketball has always been his favorite sport by far. Max was the guy who always asked his friends to go to the park or the YMCA and run some games. HIs favorite team is the Boston Celtics and his favorite player is Paul Pierce. Outside of being a state rep, Max works for a company called Vecmar Corporation, selling Thin Clients, type of computer and desktop storage, to customers. His end goal is pursue a career in sports, hopefully basketball. His hobbies include watching all sports and he enjoys hanging out with my girlfriend and their kitten, Ozzy. He also enjoys watching the Browns play on Sundays (when they decide to actually play).

Kevona Neel
Kevona currently lives in Cincinnati, Ohio and is a physical education and health teacher at Mount Auburn Preparatory Academy. In addition to teaching she is also part of the athletic programs at Mount Auburn. She graduated from Lincoln University in Missouri where she earned her bachelor's degree in physical education and wellness while a member of the women's basketball team. This spring Kevona will receive her master's degree from Ohio University in Athletic Administration. Along with sports and training youth athletes, Kevona loves to travel. 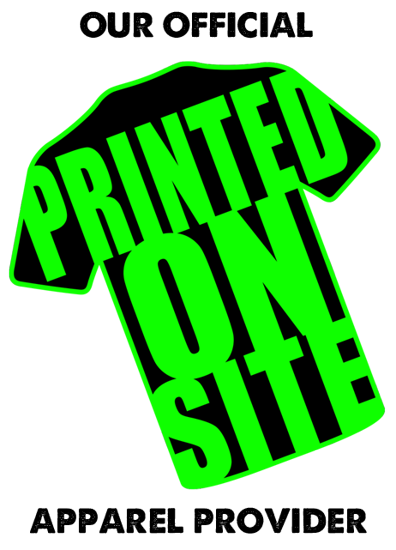