Michigan State Reps attend official State Qualifier tournaments to award Golden Ticket invites to the top two finishing teams at each grade and to answer any questions from coaches and families.  Please say "hello" when you see them!

Arthur Johnson
Arthur has an Associate's Degree from WCCCD and is from Detroit, MI. He moved to Romulus when he was 10 years old. He was a football player growing up, but has always had a lot of love for basketball. He is a basketball fanatic. Outside of being a State Rep, he works for LaserShip and plans to start his own clothing brand soon. His favorite things to do are hanging with friends and family and eating good food.

Ronald Jackson
Ronald grew up in Detroit and currently lives in Ypsilanti. He is a full time student at Eastern Michigan University where he is studying Marketing. He has played basketball all of his life and it is his favorite sport. Outside of being a State Rep, Ronald likes to play video games, hang with friends and family and also playing basketball in his free time.

Don Hall
Don is a native of Michigan and grew up playing basketball in the city of Detroit. He played all over Michigan against some of the toughest competition. He tried out for the Davenport University basketball team and not only made the team, but was also a starter. After playing, he graduated with a degree in Criminal Justice and wanted to get into coaching. He became both a high school and AAU basketball coach and he is now a certified coach instructor on CoachUp.com. He is currently the owner of a janitorial cleaning service and is also pursuing another degree in psychology.

Kevin Moore
Kevin was born and raised in Detroit. He graduated from Wayne State University in 2017 with a degree in Journalism where he also played baseball. He has been around sports his entire life. Growing up, Kevin was heavily involved in sports, especially basketball and baseball. He played basketball up until his sophomore year of high school. The past few years Kevin has been involved with different youth organizations like the YMCA and Detroit PAL, helping assist with the basketball leagues and run programs for youth. He has also been a referee for different basketball leagues as well. Outside of his role as a State Rep, Kevin is an assistant coach for a travel baseball team and works for an EV company called Rivian. He enjoys working out, coaching and hanging with family and friends.

Christopher Richardson
Christopher was born and raised in Detroit and has always had a love for basketball, playing as a kid until high school. He graduated from Grand Valley State University with a Sports Management degree. After graduating, he worked for youth sport organizations and college universities athletic departments. Now, he is a real estate agent and enjoys working out, traveling and spending time with family and friends.

Duane Vanlanham
Duane grew up in Saginaw, MI and played just about every sport that was offered. He played organized basketball until 6th grade and has always been a fan. As a rep for SBC, he wants to help kids get exposure. Outside of being a rep, he is also a tradesman in the HVAC industry. Duane has a wife and three boys that he loves and support daily. He also coaches his sons football, basketball and baseball teams and in his free time he likes to listen to music, cook, and play fantasy football and basketball.

Carson Bornefeld
Carson grew up in love with the game of basketball and won a qualifying tournament when he was in middle school, which made him familiar with State Basketball Championship and the State Rep role. In high school, he broke the school record for most steals in a season, best free throw percentage and his senior year he was the best free throw shooter in the state, going 59 for 62. Carson still plays recreation leagues here and there while attending Saginaw Valley State University and pursuing a degree in Upper Elementary Education. When he is not playing sports or at school he is hunting, fishing and enjoying the outdoors.

Shannon Russell
Shannon Russell attended Martin Luther King Jr. SR High School and Mt. St. Michael Academy in the Bronx, NY.  Shannon grew up in Mount Vernon, NY and Detroit, MI. After high school he went on to attend the University of Massachusetts as a 4 year starter in football and 2 year starter in baseball. While in high school, he was a 4 year starter in basketball and was three times All State and two times City Champs and was also a State Champion wrestler with an overall record of 41-1. Outside of being a State Rep, he is a high school history and health teacher and Assistant football and baseball coach at Redford Union High School. In his free time, he enjoys playing flag football, softball, riding dirt bikes and family activities.

Jordan Cross
Jordan attended West Catholic High School and Central Michigan. He has spent his whole life around basketball and was even named after Michael Jordan. He started playing basketball as a child and continued throughout middle school and high school. Jordan would love to eventually get into coaching and/or scouting one day. In his free time, he enjoys watching sports, video games, hanging with friends, trying new foods and reading.

De-Ante' Dill
De-Ante' is from Ypsilanti, Michigan and graduated from Belleville High School in 2006. He has been playing basketball since he was 6 years old and continued playing throughout high school, where he made the varsity team his freshman year. De-Ante' currently coaches 4th and 6th grade boys and 3rd grade girls. Outside of his role as a coach and a state rep, he enjoys playing sports with his kids and also loves all things cars.

Brycen Duffield
Brycen was born in South Bend, Indiana and graduated from Brandywine High School in 2019. He is currently a rising senior studying Sport Management at the University of Michigan. Brycen grew up watching the Chicago Bulls and played basketball from 2nd to 12th grade. He has an extreme admiration or Kobe Bryant and the Mamba Mentality. Outside of his role as a State Rep, he is currently a student at the University of Michigan and spent time working as an intern at Russell Wilson's mental performance company, Limitless Minds, as well as  a data analytics intern for an MLB players' agent and lastly a football video and draft scout at Sports Info Solutions. Brycen's hobbies include being a member of the Michigan Football Analytics Society and a volunteer for the Office of Students with Disabilities and also sport psychology, weightlifting, researching and football.

Jon Sutherlin
Jonathan was born in Southern California and raised in Detroit, Michigan.  He was always involved with basketball from elementary school all the way through college. Jonathan got his degree in Human Resources from Tiffin University where he also played basketball for four years. Jonathan also served as a grad assistant for the varsity team the following year and coached the junior varsity team for one season. Jonathan now serves as a personal trainer. He likes to spend his free time hanging out with friends, traveling, and watching/playing sports.

Christian Smith
Christian grew up in the Grand Rapids area and attended high school at EK and Crossroads alternative high school. He fell in love with basketball at at age 6 and played in elementary, middle school and high school. He is a certified travel agent meaning he can book flights, hotels, rentals, sports events, cruises, etc., and help people with vacations. He is also an Authorized Retailer for At&t. In his free time, he likes to play video games, learning to make music and watch NBA games. 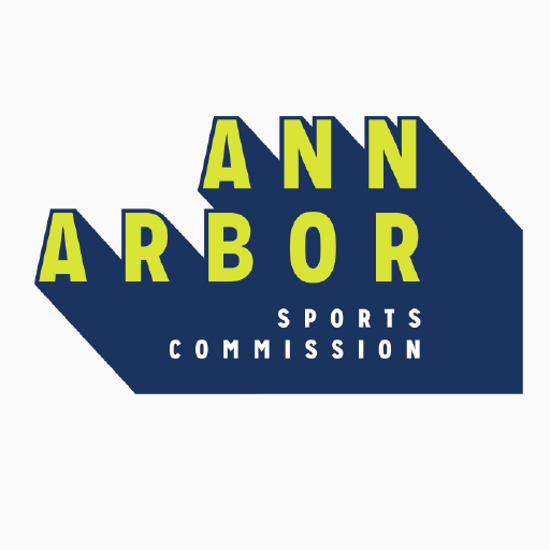