We're excited to extend a warm "State" welcome to our newest State Tournament Reps listed below.  Each Rep will attend official, weekend  State Qualifier tournaments to award Golden Ticket invites to the top two finishing teams at each grade and to answer any questions from coaches and families.  Please say "hello" when you see them!

Ealy Bell
Ealy grew up in Wichita and played basketball at Wichita Heights High School. His team won two state championships, kept a 62-game winning streak, and earned the number one spot on Sports Center for a game-winning shot. He currently works as a site lead for baller Tv and travels the Midwest creating video content of top amateur talent. When he isn’t watching or playing basketball, he spends his time playing the saxophone and piano, and volunteering at the local middle and elementary schools.

Lance Haselhorst
Born and raised in central Kansas, Lance was a standout athlete at Hoisington High School. He attended the Roy Williams and Norwest Missouri State basketball camps and was a 3-time letter winner in football and basketball. He joined the Marine Corps after graduating high school, and continued to play competitively in Marine league basketball while serving in combat in Afghanistan and throughout the middle east.  Now a father of three, he coaches his son's football and travel baseball team, and supports his daughter’s basketball activities in the MAYB league and on her Catholic school basketball team. Lance is currently pursuing a BA in Operations and Logistical Management at Ashford University. In his spare time, he enjoys running, fishing, and volunteering as a computer/soundboard operator for the worship team at his church.

Mark Anderson
Mark resides in Olathe, KS. He played division 1 basketball at Robert Morris University in Pittsburgh, PA, where he graduated with a bachelor's degree in sports management.  He started his collegiate career at Coffeyville Community College in Coffeyville, KS and was inducted into their basketball hall of fame in 2018.  He's coached at the college and high school levels in the Kansas City area, and now runs a youth basketball club.

Hannah Morrical
Hannah is originally from Lindsborg, Kansas and now resides in Wichita.  She graduated from Wichita State University in May 2018 with a Bachelors in Education and in July 2019 with a Masters in Sport Management.  Hannah has worked for and volunteered at many different sport organizations/events in Wichita and in her hometown.  She currently works for Wichita Public Schools as a math teacher.

Ethan Denton
Ethan lives in El Dorado and serves as a broadcaster for Rocking M Media in Salina, covering high school sports in central Kansas.  He spent six years in Colorado as a news and sports broadcaster before moving back to his home state.   Ethan is a graduate of Butler Community College and the University of Kansas.

Tierra Harrison
Tierra’s love for basketball started in grade 3 when she began playing at the YMCA. Throughout her childhood she competed in many Salina-area leagues and joined a traveling team in Nebraska. Although her playing career came to a halt after a high school injury, she continued to engage with the sport as a Referee at the YMCA. Tierra currently works as a Grain Inspector/Sampler at the Kansas Grain Inspection Company, and enjoys the people and the travel that comes with the job. In her spare time, you can find Tierra in the gym playing a game of pickup ball.

Jared Fulks
Jared was born and raised in St. Louis, Missouri. He didn’t play competitive basketball until his freshman year of high school. Despite being a late bloomer on the basketball scene, he earned himself a basketball scholarship to Ellsworth Community College. At Ellsworth, he was awarded 2nd Team All-Conference and NJCAA All-Tournament Team. After junior college, Jared earned another basketball scholarship to Baker University, where he finished his Bachelor of Science degree in Sports Administration. While attending Baker, Jared really learned his passion for basketball and became heavily involved in training youth and hosting camps. After graduating, he returned to Baker as a coach on the university’s JV Men’s Basketball Team.

Melissa Esselman
Originally hailing from Michigan, Melissa played basketball from the time she could hold a ball in her hand. As a child, her family relocated to Kansas where she would lead a successful basketball career at all levels. She played for the Hutchinson Community College team for two years before transferring to Emporia State University, where she graduated with a Bachelor’s degree in Sociology. Later, Melissa became involved in one of the first women’s professional basketball leagues in Kansas City, and played for a season in the WBA. When her playing career came to an end, she officiated high school and Division I college ball for 16 years. Melissa is currently a Background Investigator contracted to the Department of Defense. Her hobbies include traveling, attending church, and spending time with friends and family.

Cori Meurer
Cori was raised in Shawnee, KS, and received his bachelor’s degree in Recreation Education & Sports Management from University of Arkansas. Since completing his degree, he has served as a Training Camp Assistant for the Tampa Bay Buccaneers, Sports Lab Seasonal Assistant for the Kansas City Chiefs, and Ticket Services Representative for the Kansas City Royals.  In his spare time, he serves as an Advisor for Alpha Chi Omega at Kansas University, and enjoys reading, playing volleyball, and singing in his church choir.

Kylee Gragg-Hartzell
Kylee had an active upbringing. Born in Wichita and raised in Minneapolis, KS, she was immersed in sports and spent her undergraduate college years as a Varsity softball player and intramural basketball player. After receiving her undergraduate degree in Physical Education with a minor in coaching, she began her master’s degree in Health, Physical Education, and Recreation at Emporia State University. Between degrees, she spent two years coaching basketball at the Junior High level in her hometown of Minneapolis. Outside of her state rep duties, Kylee works as a Landscape Assistant, and enjoys playing slow pitch softball, engaging in outdoor activities including fishing and hunting, and spending time with her dogs and her family.

Shayla Martin
Shayla Martin grew up in a basketball family, through-and-through. Her father served as coaches at Sacred Hearth High School, presiding over the best basketball program in the Midwest for ten years. Shayla played basketball all four years of high school, before moving to Nashville Tennessee to pursue a music career. Having returned to Salina, she is excited to take part as a rep for the Kansas State Basketball Championship. Her hobbies include singing, playing basketball, helping her father on the farm, spending time with her kiddos, and volunteering at Sacred Heart Cathedral and Catholic Charities in Salina.

Ealy Bell
Hailing from Wichita, Ealy played basketball at Wichita Heights High School where he won two state championships, kept a 62-game winning streak, received a #1 feature on Sports Center for a game-winning shot. Aside from his State Basketball Rep activities, he is a Site Lead for Baller TV, where he travels the Midwest to take video content of top amateur talent. His hobbies include playing saxophone and piano, and volunteering at the local middle school and elementary school.

Nick Grevas
Nick currently resides in Salina, KS. He recently has held positions in the intercollegiate Athletics Field as an Game Operations and Facility Manager. He graduated from Kansas State with a Masters in Sports Administration in 2018. Prior to his work in College Athletics, Nick was a former student athlete in college baseball, as well as a KSHA Highschool official in basketball, football, and baseball.

BreAnna Monk
BreAnna resides in Wichita. She played high school and street ball in Kansas and has always been a player and fan of the game. BreAnna graduated from Friends University in 2018 with a Masters in Health Care Leadership. Outside of being a state rep, she works in government and volunteers at local shelters and for the Kansas State Commission. During her off time, she mentors young adults in professional development.

Ryan Nong
Ryan was born and raised in Wichita where he found a passion for basketball at a young age. As a lifelong fan of basketball, he has followed the San Antonio Spurs since the early 2000s and fell in love with the team oriented style. Outside of basketball Ryan is a marketing professional who graduated with his Bachelor's Degree in Business Administration in 2018. Ryan's goals are to progress in a marketing field and eventually become a coach for a youth team. 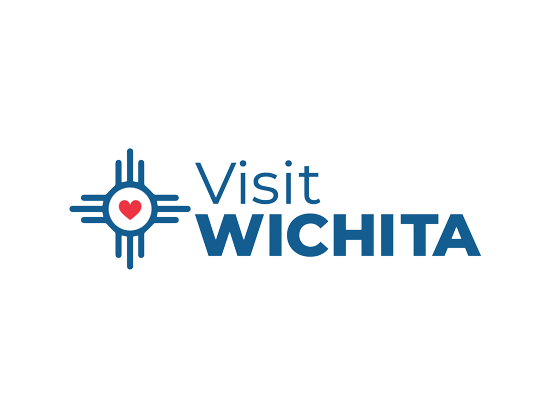