Indiana State Reps attend official State Qualifier tournaments to award Golden Ticket invites to the top two finishing teams at each grade and to answer any questions from coaches and families.  Please say "hello" when you see them!

Mariah Flynn
Hailing from Kodak, Tennessee, Mariah was a standout basketball player who was recruited by a variety of schools across all levels of competition. After graduating from Seymour High School, she joined the Women’s Basketball team at Earlham College in Richmond, IN, where she earned a Bachelor's degree in Human Development and Social Relations. Currently, Mariah is an ABA Therapist working with children diagnosed with autism. Outside of work, she enjoys drawing,  reading science fiction, listening to music, and attending concerts and festivals. Mariah is excited to share her love for basketball as a member of the team at State Basketball Championship.

Patrick McCue
Patrick was born in Milwaukee, Wisconsin and has always loved to play sports.  His love of basketball began in middle school when Patrick started playing at his local YMCA after school.  He played throughout middle and high school at Shorewood High in Milwaukee, WI and has continued to play as an adult through college intramurals, adult leagues, and playing constantly at local gyms and parks. He is a classic gym rat and simply loves playing and being around the game. Patrick is an avid Milwaukee Bucks fan and is still riding high off the 2021 NBA championship, something he has waited his entire life to see.

Patrick is a return resident  in Indianapolis and was previously working in social services for Second Harvest Foodbank of Southern Wisconsin in Madison. Patrick hopes this opportunity is a great way to contribute back to the game that has given him so much in life. In Patrick's free time he loves hanging out with his wife and their cat, watching sports, and cooking!

A fun fact about Patrick is that he is bilingual! He learned Spanish and a lot of his skills while living abroad numerous times in Mexico. He attended the Tec de Monterrey in Mexico City and was even offered a spot on their basketball club team. Patrick loves to travel and get to know new places and is excited to be around the game again as well.

Daniel Rodriguez
Daniel is from Greeley, Colorado where he played basketball and soccer as a young kid up until high school at the varsity level. He is an avid sports fan and loves cheering for the Denver Nuggets and Broncos. He is currently a junior at Indiana University majoring in Sports Media and minoring in Sports Marketing and Management. In his free time, he enjoys taking pictures and videos of sporting events, playing basketball, and listening to a variety of music.

Gurpreet Multani
Gurpreet was born and raised in New York and went to high school in Queens, NY. He played basketball most of his life, starting in elementary school and all the way through high school. Basketball and making music were his two hobbies growing up. After high school, he went on to college and graduated with an associates degree in Civil Engineering Technology and is now pursuing his bachelor's degree in Construction Management. Along with his playing career, Gurpreet also started coaching young kids. He coached church teams, middle schoolers and elementary school kids. He also still plays himself whenever he can. Outside of being a State Rep, Gurpreet is a student at IUPUI and is also working towards a Real Estate license and wants to eventually start his own construction company. When he is not working or studying, his hobbies include playing basketball, working out and making music. He also loves spending time with his family, cooking and BBQs.

Antonio Taylor
Antonio grew up in Atlanta, Georgia and Gary, Indiana. He attended Horace Mann High School in Gary. He started playing basketball in his high school years and then went on to become a basketball official. Antonio has officiated the Chicago Pro-AM, IHSAA, IHSA, CBA and many more. He also officiates for other sports including, volleyball, track and field and softball. Outside of being a State Rep, Antonio is the Varsity Girls Head Coach for Thea Bowman in Gary He has been at Bowman for three years and also has a youth program that he has been running for 10 years. Antonio also works as a physical education teacher and athletic director at the Hiat School K-8. His hobbies include basketball and hanging out with his kids, playing video games and traveling.

Jeff Henderson
Jeff is from Newburgh, IN and is a lifelong basketball fan and former player and coach. He started his competitive basketball career in 5th grade and was a two time varsity letterman in high school. While in college at Bradley University, he also played in a competitive fraternity league and earned a bachelor of science in Industrial Engineering. Jeff has coached grade school and middle school aged teams and is a recently retired fintech executive and avid golfer. 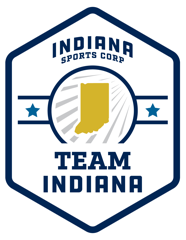