Heartland States Reps attend official Qualifier tournaments to award Golden Ticket invites to the top two finishing teams at each grade level, and answer questions from coaches and families.  Please say "hello" when you see them!

Nicole Pratt
Nicole grew up in Brandon, SD and played basketball since she could walk. From playing on AAU teams to school ball, she earned a scholarship offer from The University of Jamestown in North Dakota. Nicole has coached youth basketball and helped out at summer camps. She also enjoys working out, playing sports, skiing and watching her favorite teams: UNC and the Lakers and her alma maters, BV and UJ.

Domenic Fritz
Domenic's experience with basketball started when he was in middle school. He played on his school team as well as the travel team. Those squads traveled all over the Midwest participating in tournaments weekly. He also played throughout high school on the varsity team for 4 years until he graduated high school from OA-BCIG.
Domenic received a degree in Human Resources Management from the University of South Dakota in 2020. Currently he works at Thornton Flooring in Sioux City throughout the week. In his free time, he likes to go golfing, hang out with friends, and play video games.  One fun fact about Domenic is that he lived in Germany until he was three, as his dad is from there and they officially moved to the US when he was 3.

Karla Kyle
Karla grew up on a dairy farm in Northwest Iowa. Her basketball and sports experience includes 7 years as a player, 18 years as a head and assistant coach (including other sports), 20 years supporting boys as players in basketball and other sports. She also has 4 years of organizing an athletic booster club youth basketball tournament.
Karla has  bachelor of science in Business Education, Physical Education and Coaching minor from Northern State University, in addition to a Masters in Education License from Walden University. Her current full-time job is a Patient Service Representative with Avera Dermatology in Sioux Falls, SD where she currently resides. In her free time she likes to watch college sports.

Laine Hadsall
Laine was born in Wisconsin and moved to Cedar Rapids, Iowa when she was 6 months old. Laine is currently a junior at Center Point-Urbana High School, where she participates in basketball, cross country and track, and she volunteers in her community. Laine is the youngest of three, with an older brother and an older sister. In her spare time she likes to hang out with her friends to support their school activities and she loves hanging out with her older sister.
Basketball is Laine's favorite sport and she has played it since she was in the first grade. She was brought up as a freshman to play on the varsity team, as the back up point guard to her sister Bryn. Her and her team finished that season as State Tournament Semi-Finalists. Outside of her role as a state rep, Laine is a student who hopes to be a teacher someday. She spends time helping families care for their children and also helps with residential design and home-flipping businesses. She is currently a 3-sport athlete at Center Point-Urbana High School where she also volunteers as a time keeper for cross county and track meets, concession stand worker, basketball tournament score keeper, and a classroom teachers assistant. She also enjoys making blankets for the homeless to support United Way. A fun fact about Laine is that she has participated at the state tournament in every sport she plays!

Breton Williams
Breton attended both Roseville Area High School and St. Paul Central High School and graduated in 2019. He grew up loving sports, especially football and basketball and was raised by his mom and he has one sibling. Breton has been around basketball since he was in the 7th grade, so about 8 or 9 years now. He has been a player, trainer, referee, played AAU and has been around so many basketball games and events, too many to name! Outside of being a state rep, Breton also works as a Wholesale Florist called Koehler and Dramm. When he is not working he enjoys playing video games with his friends, cooking and spending time with his cat. Breton also loves music and fashion.

Blake Williams
Blake grew up in New Hope, MN and played both varsity baseball and basketball at Armstrong High School in Plymouth, MN. He played basketball his entire life including all 4 years of high school. Blake attended The University of Sioux Falls his freshman year of college and became the student manager of their men's basketball team before transferring to Bethel to continue his baseball career. Outside of his role as a State Rep, Blake is currently a senior at Bethel University still playing baseball and spends most of his time either working out or hanging out with friends. He has an internship with TCO TraingHaus and will pursue a career with personal training or insurance sales.

Jenifer Carstensen
Jenifer grew up in Pennsylvania and attended Mansfield University for her undergraduate degree in Education. After moving to Iowa in 2006, she earned her Master's Degree from UNI and Drake and currently serves as the district ELL Director and high school Spanish teacher in Mount Vernon. She also serves as the Director of Education at Sylvan Learning Center in Cedar Rapids. Jenifer, her husband and two daughters reside in Cedar Rapids and love to travel, kayak and all things sports (Go Hawks!). Her  daughters play soccer and softball, as well as manage the high school basketball team, so you can usually find her on the sidelines or bleachers of a local field or court. Jenifer's favorite food is soup and she always eats her dinner in a bowl so she can mix everything together before eating it. Even food is better when it has a team!

Shania Stone
Shania resides in Mandan, ND and is an enrolled member of the Turtle Mountain Band of Chippewa. Playing basketball has been a part of her life since kindergarten. She continued to play all through grade school, middle school and high school, Between games and tournaments she would also help with team stats, basketball camps and some coaching. After living out her basketball dreams her goal is to watch other players live out their dreams as well. Shania continues to love the game of basketball and her favorite teams are UNC and the Boston Celtics. When she is not watching basketball, she loves to travel and spend time with her dog and family.

Gracie Gellersen
Gracie grew up in the Midwest and currently lives in Marion, IA with her cat Georgia. Gracie studied marketing with an emphasis on digital advertising and social media at the University of Northern Iowa. At UNI she found her love for marketing and continued her love for sports, especially basketball. She served as a sports marketing intern, where she got to take pictures and videos of the basketball, football, volleyball and softball games. Gracie has been a player, coach and fan of the game since elementary school. She started playing in third grade and played throughout high school. Her freshman season her and her team won state! She has been on many traveling basketball teams, summer leagues and attended summer camps. She recently started coaching kindergarten in Marion and looks forward to teaching the basics of the game. Watching her siblings play basketball is something she really enjoys. Outside of her role as a State Rep, Gracie works for an ad agency as a Media Specialist. She also coaches, volunteers at a dog rescue and loves to stay busy.

Jake Burnside
Jake is a 2019 graduate from the University of Nebraska-Omaha. He played basketball all the way through high school. While in college, Jake served as the head manager for the University of Nebraska-Omaha Men's Basketball Team from 2017-2019. Outside of being a State Rep, Jake is a school teacher in the Sioux City school district. His other hobbies include spending time with his wife Abbie, watching Nebraska Cornhusker football and basketball and volunteers at Sunnybrook Church in Sioux City, IA.

Stan Hughes
Coach Stan Hughes gained experience as both an assistant and head coach over the past 25 years. He is currently an assistant men's basketball coach at Coe College as player development/recruiting coordinator. He is the founder of EGOS Academy (Education Growth Outlook Sportsmanship) and personnel/academic advisor for the last three years. Coach Stan rejuvenated the basketball program at Simmons College of Kentucky where they played in Region 7 in the NJCAA Conference. The five years that Coach Stan was at Simmons, he had a record of 126-86 overall, placing numerous athletes into four-year colleges all over the country. Coach Hughes then was highly recommended to come to Iowa to start the very first prep school in the state, Quakerdale Prep. During his two seasons as head coach, he won two National Championships while placing 31 student-athletes in college programs. In 2012, he was recruited to Southern Tech, another prep school, where he won two more National Championships. In 2016, Coach Stan came back to Iowa to help form a minor professional basketball team, the Cedar Valley CourtKings. During the 2016-17 campaign, he and his team won the Midwest Basketball League (MBL) title, and helped six players get professional contracts overseas and in the NBA G-League. In the summer of 2017 Coach Stan was asked to join the staff at Kennedy High School, as an assistant coach and player developer where he served for two seasons from 2017-2019. He also was asked to serve as an assistant coach at Anamosa High School in 2020-21, helping with player development. Coach Stan has coached a number of young men on the AAU circuit with DC Assault, where he helped develop numerous players that are now playing in the NBA. 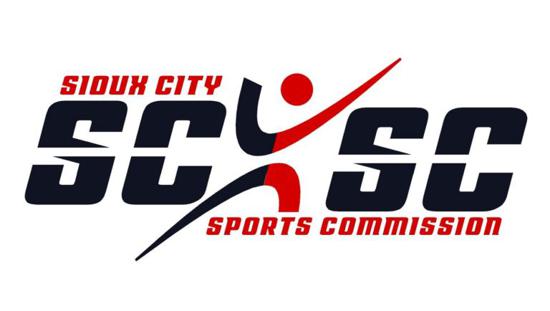