Quinton Harris
Quinton was born in Bad Bruckenau, Germany, where his father was stationed in the army. He moved to El Paso, Texas at the age of two and lived there for the majority of his life. Growing up in a sports-centric family with five older siblings, he learned to love competition and the respect that comes with it. Quinton attended Grand Canyon University where he earned a bachelor’s degree in Biology with an emphasis in physical therapy. His goal is to become a sports performance coach so that he can help athletes improve and gain new skills.

Rahnee Jackson
Rahnee is from Wyoming, but currently resides in Phoenix, AZ, where she received her Bachelor’s degree in Sports Management. She was a college volleyball athlete, and also grew up a competitive track athlete and basketball player. She has participated in, coached, and volunteered for numerous youth, junior high, and high school athletic programs. Currently, she is the Director of Operations and Communications for Team Harden AAU & elite skills academy. Sports are Rahnee’s passion and she is excited to be part of the State Basketball community.

James Mcgee
James played Division I basketball at Southern Utah University, where he received his degree in Kinesiology. His student-athlete background taught him how to be a leader on and off the court, and equipped him with extensive knowledge of remedies and modalities for injured athletes. He was recently certified as a Paralegal, and currently serves as the Assistant to the COO of Creative Outdoor Distributors in Phoenix.

Andre Valencia
Andre was the youngest of three, born and raised in Tucson, AZ.  He began playing  basketball at age five, and never stopped. He loves being around the game,  at all ages and levels – and when he isn’t playing basketball, he’s watching it.  Andre is a current student at Pima Community College and plans to transfer to the University of Arizona for a degree psychology. Eventually, he plans to pursue a career in physical therapy. When he isn’t in school, you can find Andre working out or playing basketball in the gym.

Michael Joiner
Michael recently moved to Arizona almost two years ago. He enjoys the warm weather and seeing the mountains everyday. Michael is from Merriville, IN where he graduated from Merriville High School in 2011. He has two older sisters and a younger brother who he is close with. Growing up, Michael was always outside playing sports with neighborhood kids as well as his brother and spent a lot of time practicing his basketball skills in his front yard shooting hoops. He is a big sports fan who enjoys watching NFL games as well as watching his favorite team, the San Antonio Spurs.

Michael was a track and field athlete for two years, qualifying for state his senior year in the 1600m relay. Along with qualifying for the USATF Nationals in the 1600m relay and the 400m relay, Michael also received a scholarship for track at Bethel College and then transferred to Ball State University to study Sports Administration and hopes to finish his degree while here in Arizona.

Michael has coached different sports at the high school and youth level, primarily basketball and football. While at Ball State, Michael started volunteering to coach at Muncie High School. After a year of volunteering, he was hired as an assistant coach for the freshman basketball team, as well as varsity track and football. Michael enjoys working with athletes and has been recently certified as a speed and agility coach, with hopes to soon work with athletes at the youth and high school level throughout the Phoenix area.

Outside of his state rep role, Michael works different sporting events, mostly for Arizona State University. He enjoys reading, watching football and basketball, cooking, playing in rec leagues and working out. A fun fact about Michael is he is currently studying Sports Photography and is also working on a sports podcast that will cover Arizona sports teams, such as the Phoenix Suns and the Arizona Cardinals.

Chantal Downes
Chantal has been playing basketball since she was 7 years old and went on to play at the collegiate level. Chantel got her degree in criminal justice and also was an assistant coach for her high school alma mater in Michigan. After college and coaching, she moved to Arizona with her family and they have been here for 3 years. Chantal has four kids, a puppy and is a lover of all sports and is excited about joining the State Basketball Championship team!

Donavan Bailey
Donavan is from the Hoosier State where basketball equaled religion... and yes, his jump shot is totally "Jimmy Chitwood". He grew up playing basketball from the old school playground to high school. He also played college ball for two years. Donavan coached in community programs and as a boy's head coach for the two high schools and as a girl's AAU head basketball coach. He was privileged to take a graduate residency course in coaching basketball via the late record winning coach, Don Meyer of Northern State University. Currently, he works as a social worker and a basketball referee for a local sports program in the Phoenix area.

Marilee Miller
Marilee received her Masters of Public Administration from Capella University, Masters in Special Education from the University of Toledo, and a Bachelor in Business Administration from Lourdes College Sylvania Ohio.  Born and raised in Toledo and is a Toledo Woodward High School alumnus. While receiving an education at Toledo Woodward, Marilee participated on the varsity basketball team for four years. During this time, she received First Team All-City honors  three years in a row. Marilee then went on to continue her education and basketball career at Central State University in Wilberforce, Ohio. She went on to play for the United States Army Traveling Basketball team out of San Antonio, Texas.  Marilee is currently a Gold Coach and spends her free time with the youth in her community by teaching the basics of team building as well as the fundamentals of basketball. She also develops various youth and community programs such as Urban League Basketball Summer Shoot Out 3 vs 3 Tournaments.

Serena Devera-Taualo
Serena was born and raised in West Seattle, WA. Growing up, she was always a fan of basketball. She still remembers her first Seattle Sonics game and years later she had the opportunity to meet Gary Payton and he signed her jersey! Serena graduated from Washington State University, Vancouver with a Bachelor of Arts un Digital Technology and Culture with a minor in Communication. Her experience with basketball began in high school as the varsity boys basketball manager. She traveled with the team and worked the tournaments. In college, she worked in Game Operations with the Portland State University Athletics Department during basketball season. Serena also interned as a Game Day Entertainment Coordinator with the IBL Vancouver Volcanoes Basketball team where she worked closely with fans and booked halftime shows and entertainment. Her most recent work with basketball was her role as the social media manager for the Basketball Kingz PDX podcast where we interviewed former NBA stars, college athletes and figures in the Portland community. Outside of her role as a State Rep, Serena is a Recreation Leader with the City of Chandler's Housing Youth Program. She works with kids and young adults from ages 6-18. Her hobbies are watching football and basketball, discovering new places to eat, boba tea, game nights and spending time with her family and friends. She loves her dogs and had a pitbull named Suge for 12 years. 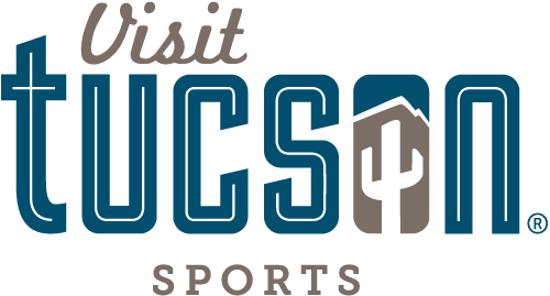